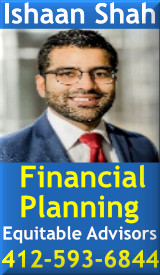 The proliferation of Indian restaurants, grocery stores and screening of Bollywood, Tamil and Telugu movies week after week is ample evidence of the growing Indian population in the Pittsburgh region.

Greater Pittsburgh region is also home to three Hindu temples and a Sikh Gurdwara which cater to the spiritual needs of the immigrants.

Asian Indians are also well represented at the local Carnegie Mellon University in the faculty as well as in the student community.